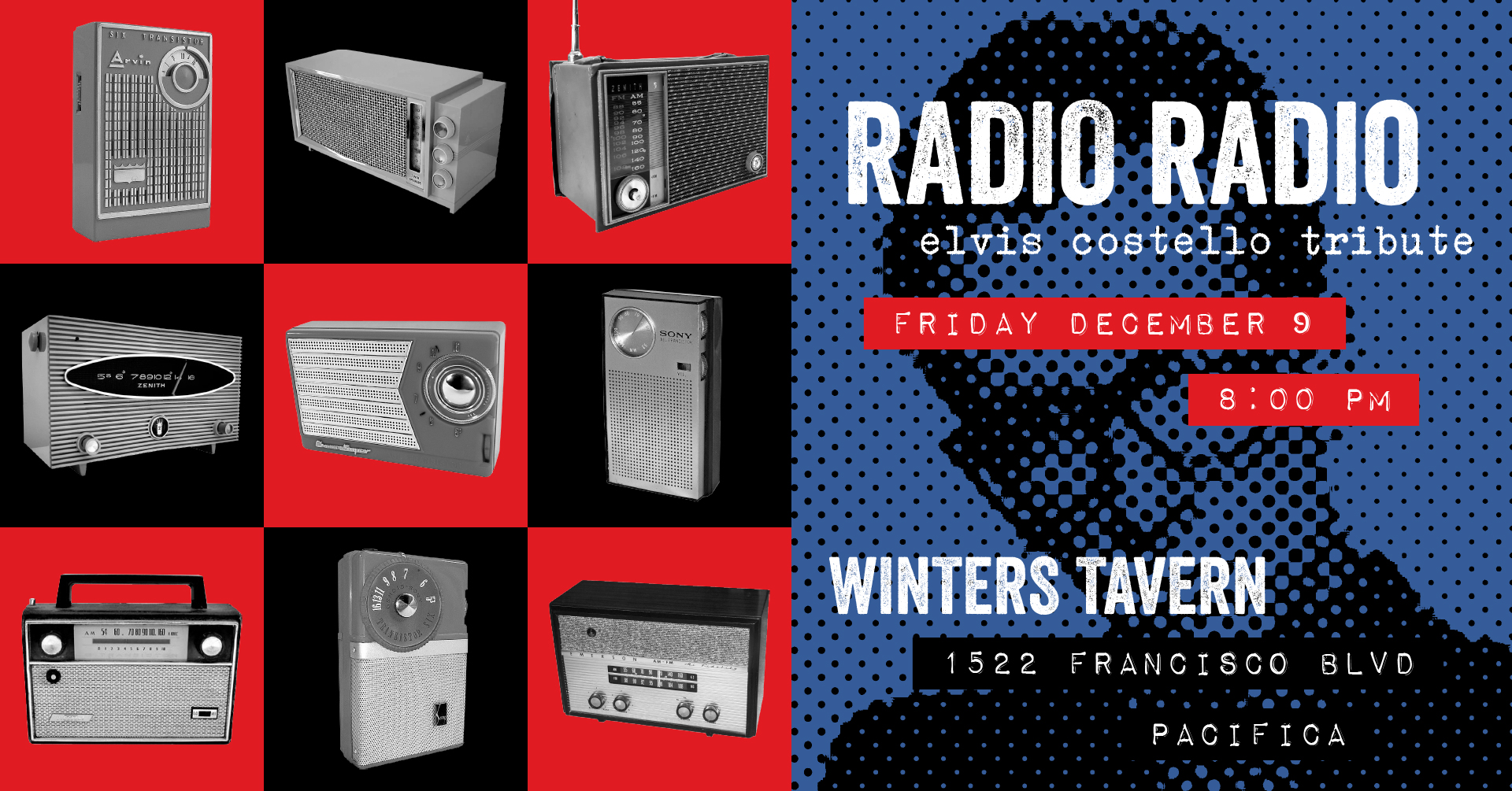 RADIO RADIO is a 5-piece band dedicated to performing the classic songs of Elvis Costello. Formed on an impulse for a one-night party in 2019, crowd response that evening was so enthusiastic that the band decided to sustain its performative life and continue to gig. Interest and excitement for the group has grown exponentially ever since, with RR playing to larger and larger audiences throughout the Bay Area and California.

RADIO RADIO is made up of seasoned Bay Area musicians Robert Gilligan (vocals), Peter Soe (keyboards), Nate Toutjian (drums), Sean Yarbrough (guitar) and Reed Malcolm (bass), who skillfully deliver on the virtuosity and versatility of the Costello catalogue. Songs range from such hits as Watching the Detectives and Pump It Up, to more deep-dive tunes like Goon Squad and Less Than Zero. The band is also known to incorporate the work of similar performers of the 1970s and 80s, such as Joe Jackson, Nick Lowe, The Clash, and The Specials.

Live sets are designed to get crowds up on their feet and the venue stomping. Whether or not you’re a fan of the Costello oeuvre, you are guaranteed a party you’ll never forget