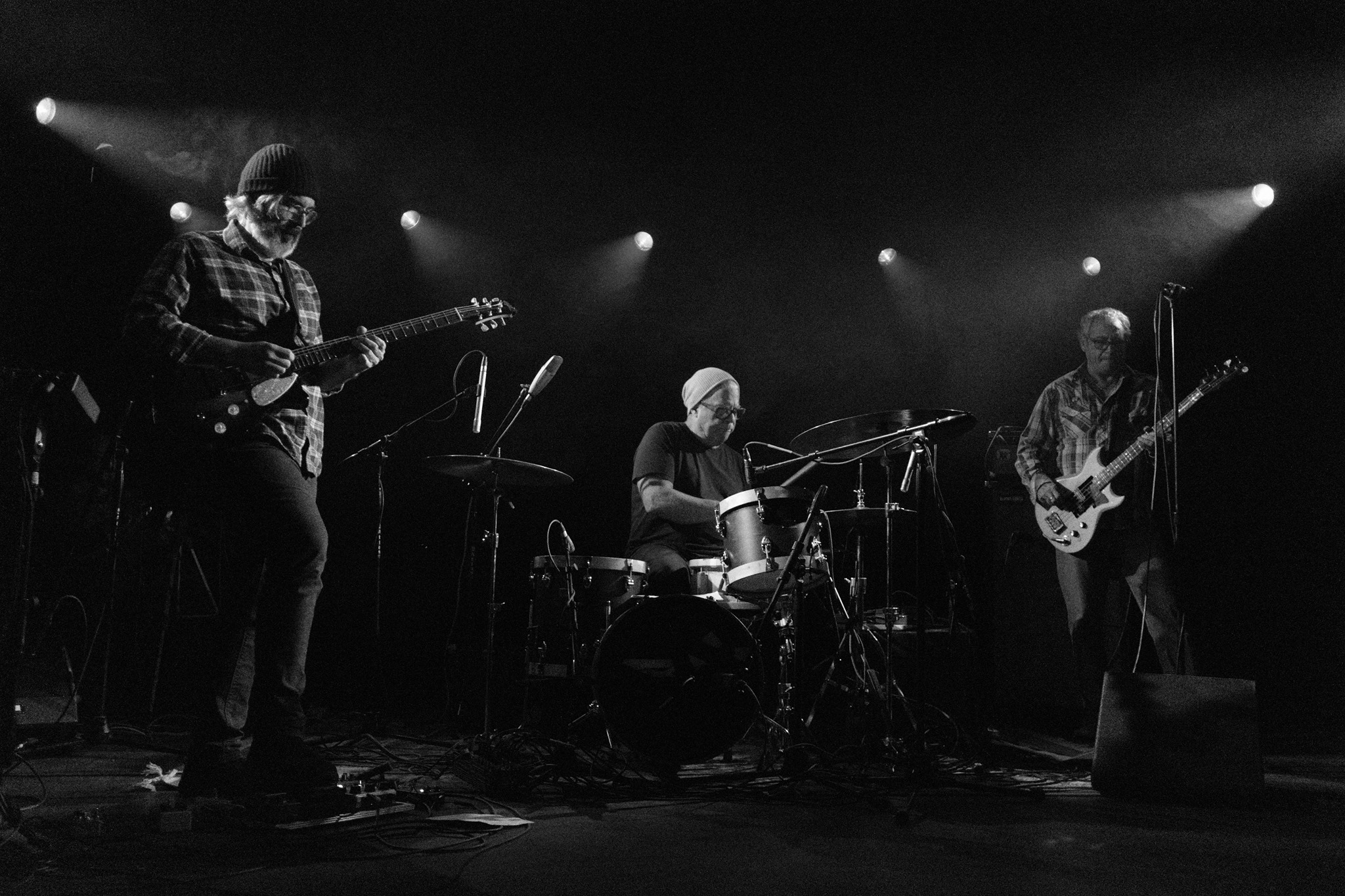 mssv bio:
No less an authority than Nels Cline, the high priest of art-rock guitarists, has called Mike Baggetta a “guitar poet.” That poetry, alternately gnarled and flowing, is on fine display in Main Steam Stop Valve, the second album by (and the decompressed namesake of) mssv, an experimental rock trio featuring Baggetta, the legendary punk bassist Mike Watt, and the versatile drummer Stephen Hodges.

The collaboration began when Watt, of The Minutemen fame, joined Baggetta and seasoned session drummer Jim Keltner to record an improvised jazz-rock album called Wall of Flowers, an eight-track romp from pastoral splendor to urban din and back again. When Keltner declined to tour, they brought in Hodges, whose credits as a player include Mavis Staples, Tom Waits, and David Lynch, not to mention Contemplating the Engine Room with Watt.

Solidified as mssv—some heretofore unimagined hybrid of a punky power trio and a dreamy experimental rock band—they released Main Steam Stop Valve, which blends industrial vigor and impressionistic languor into a lingering impression of “pressure, combustion, power, and hissing clouds of sonic poetry,” as Premier Guitar said. From the throttled surf guitar of “The Mystery Of” and the glimmering post-rock of “Every Growing Thing” to groovy, songful numbers like “Old Crow,” there’s no telling which way the band will turn at any given moment, a proposition that becomes a promise when they break down and reassemble these songs live, with an instinct for restraint and an openness to anarchy.
___

“The chemistry is palpable, the vibe is loose, and the songs are all worlds unto themselves.”
-Aquarium Drunkard

STEAL YOUR MONDAYs
Continue with our old friends
SHU LACE