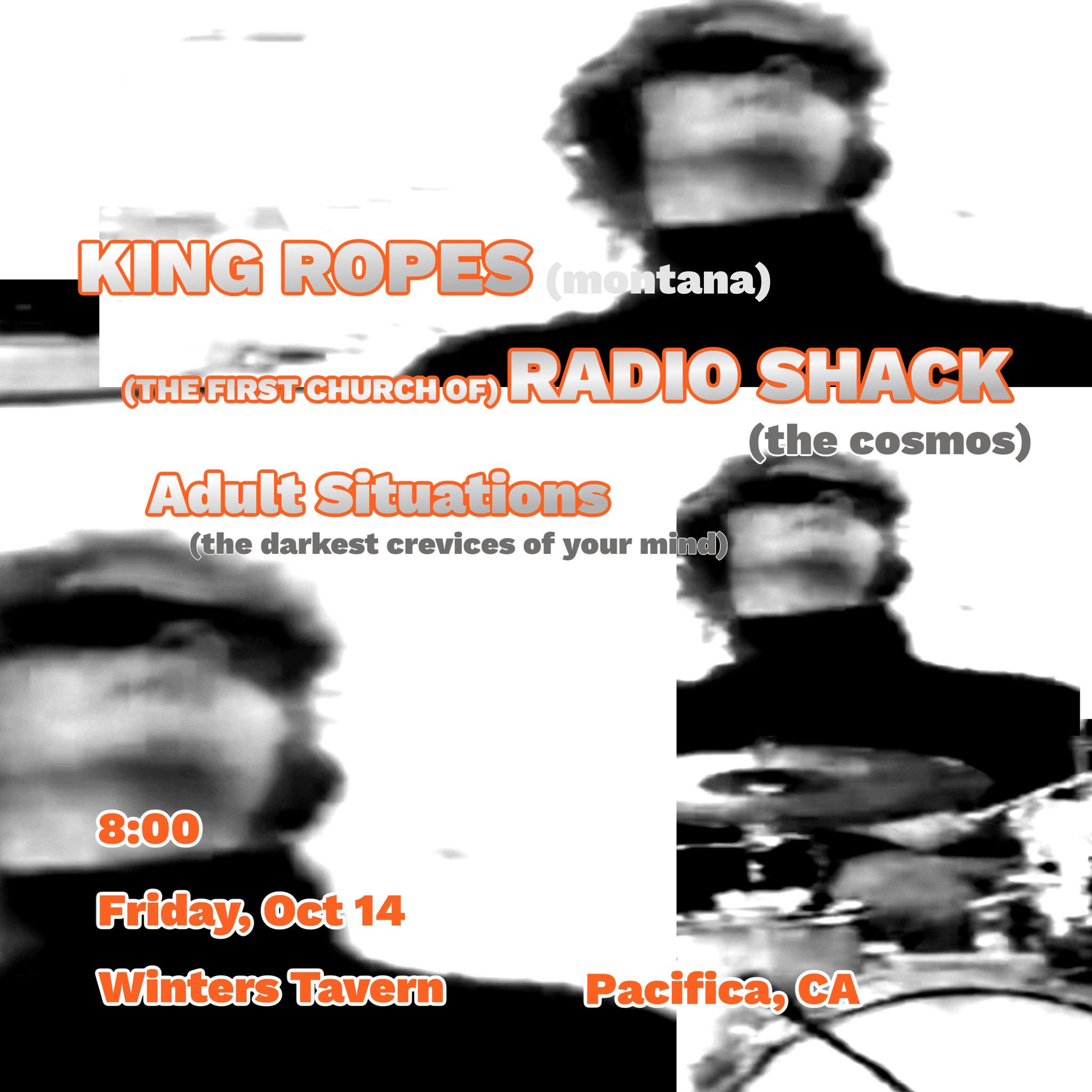 KING ROPES (MT): King Ropes are a psychedelic americana band. Or maybe it’s indie desert rock? Whatever you call it, the band’s latest album, Super Natural, leans into their distinctive ability to combine mystical and banal imagery. The single “Greedy”, with its deadpan stream of consciousness, captures the vibe of an album that is a ramshackle ode to both the grace and difficulty of living in our strange world. As the lyrics to the song say; “Kinda trippy. Kinda dreamy.”

(THE FIRST CHURCH OF) RADIO SHACK: Continuing a decades long attempt to tell an untellable story, Radio Shack, an on and off side project of Mike Morasky’s(Steel Pole Bathtub), returns with renewed efforts to tune in the missing frequencies to make sense of a tale set in motion long ago by secret members Thomas Pynchon and Tom Petty, amongst others.

ADULT SITUATIONS: Something like The Girl from Ipanema reinvented by King Tubby and Beastie Boys.