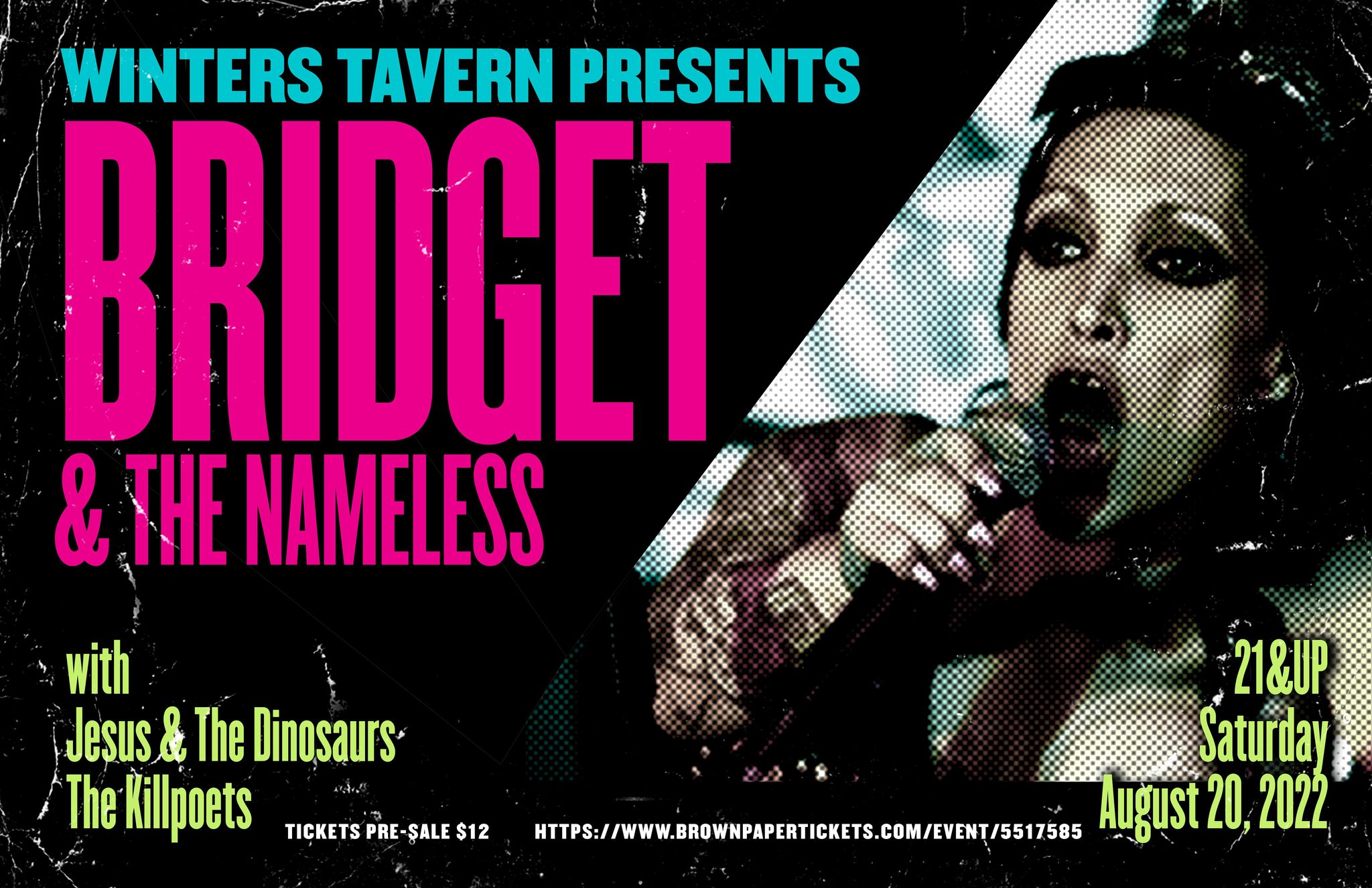 Bridget and the Nameless NEXT WEEKEND!!! Saturday 8/20 with Jesus & the Dinosaurs and The Killpoets

Acoustic Covers in The Biergarden with...

Stealing Time all the way from the South Bay